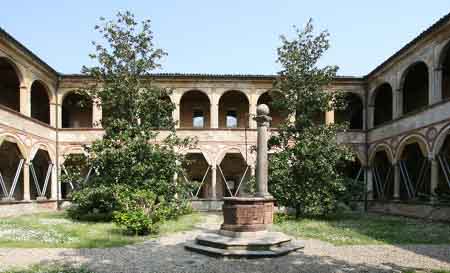 A meeting of Working Groups was held in Pavia, near Milan, Italy on 21-22nd March, 2016, hosted by the University of Pavia.

On 21st-22nd March all four Working Groups met in a combination of parallel and plenary sessions. The plenary sessions focused on the sharing economy, followed by a workshop.

There were two sessions on the sharing economy.

The first focused on the extent of the sharing economy, its regulation and the question: ‘Sharing economy: towards shared rules?’

The second addressed the question: ‘How can alternative production and welfare be autonomously financed? and explored alternative finance models.

The Workshop, which was jointly organised by Working Groups 2 and 3, was held on 22nd-23rd March.

The last few decades have seen an unprecedented mobilisation of life itself into the accumulation process. Identity, subjectivity, self, emotions, personality, passion, sexuality, the life-world, and the body have all become forces of production for capitalism. This trend has been facilitated very prominently by digital technology. Through various practices, technologies and organisational innovations – from surveillance to interactivity, from mobile devices to location-based applications, and from crowdfunding and peer-production – digital technologies have allowed forces of production located mostly outside of the traditional spaces of production, and entailing the very soul and body of individuals – such as interpersonal communication – to be mobilised and subsumed by capitalism.

These developments have repercussions, both for our analysis of contemporary capitalism and in particular the progressive monetisation and commodification of all aspects of personal life, and for our analysis of virtual workers. They also raise questions of how collective identities and social relations (in work – trade unions and workers’ organisations; outside paid employment – families, households, social groups, civic life) may be reshaped and re-enacted if individualised employment and social relations become increasingly dominant.  Lastly, they also raise the question of spaces where alternative subjectivities may emerge.

In this workshop, we will discuss these developments, and in particular the intersection of production and reproduction, capitalism and subjectivity, skills and passions, work-tasks and persona.  The workshop will be focussed on the following questions: