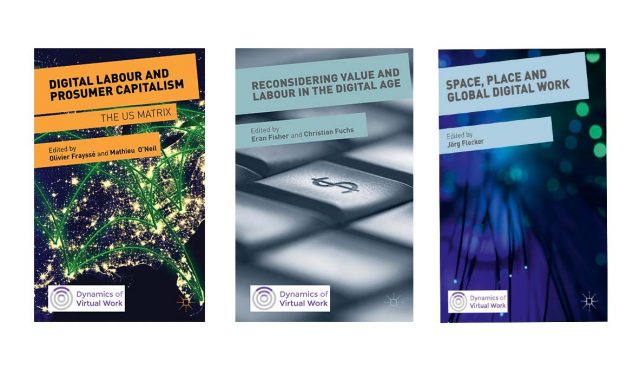 A lasting legacy of this COST Action is the Dynamics of Virtual Work book series, published by Palgrave Macmillan.

Edited by Ursula Huws, Professor of Labour and Globalization at the University of Hertfordshire, UK and Rosalind Gill, Professor of Cultural and Social Analysis at City University, London, UK, this series includes the following titles, with more planned for the future:

More about this title
COMING SHORTLY