ICTs do not just transform the nature of existing jobs but also enable the development of entirely new ones. Sometimes work becomes more standardised and repetitive, but new forms of creative work also emerge. Alongside these dual processes of deskilling and reskilling come changes in the gender division of labour and changing patterns of work-life balance. Meanwhile, old occupational identities fade and new ones appear, raising challenges for how workers can organise professionally or industrially and what their class position is. This Working Group brings together experts from labour sociology, communications and media studes, gender studies and other fields to compare methodological approaches to researching these developments, develop theory, find common ground and identify topics requiring further investigation.

The leader of this Working Group is Juliet Webster who is Director of the Gender and ICT Programme at the Internet Interdisciplinary Institute, Open University of Catalonia. Email: equality.research@debeauvoir.co.uk. 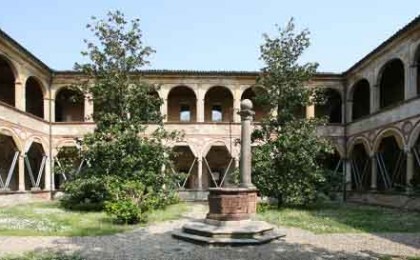 Posted: December 12, 2015 A meeting of Working Groups was held in Pavia, near Milan, Italy on 21-22nd March, 2016, hosted by the University of Pavia. END_OF_DOCUMENT_TOKEN_TO_BE_REPLACED

Posted: October 12, 2015 CALL FOR CONTRIBUTIONS: CREATIVE HUBS IN QUESTION Dr Tarek Virani and Professor Rosalind Gill are putting together a book proposal for an edited volume about ‘creative hubs’, developing out of  our research as part of AHRC’s Creativeworks London http://www.creativeworkslondon.org.uk/research/place-work-knowledge/ The term ‘hub’ seems to be everywhere.  Starting in and around 2003, the growth and proliferation of these types of  largely urban industrial agglomeration has been exponential. From San Francisco to London to Moscow to Durban to Hanoi to Shanghai, creative hubs are on the increase. But the academic work on creative hubs is surprisingly scarce. Although the term is currently in wide use in policy circles its actual meaning is not always clear. The term has no commonly accepted definition and has been criticised for lacking clarity as well as being ‘all encompassing’. Hubs have been understood as co-working spaces, studios, incubators, accelerators, districts, quarters, zones and/or a mix of all of the above.  The lack of clarity – let alone consensus - is  especially troubling given that policymakers, research councils, consultants, and governments have been so quick to promote and endorse the effectiveness of creative hubs in catalysing growth and innovation in local creative economies, as well as producing urban regeneration. We are looking for expressions of interest and abstracts for a book that will look critically at the idea of ‘creative hubs’ from interdisciplinary perspectives including Sociology, Geography, Media and Communications, Culture and Creative Industries,  Critical Policy studies, Gender studies, Race and Ethnicity, and Urban Studies.  Contributions may be empirical studies of actual hubs, or may be theoretical reflections on the concept of creative hubs. We are interested in what ‘creative hubs’ as a notion does performatively/ideologically in particular (global/local) policy contexts; we are interested in where ‘hubs’ are situated in relation to existing ideas such as ‘clusters’ or ‘co-working spaces’; we are interested in critically examining how hubs may intervene in geographies of inequality, austerity and injustice; we are interested to explore how the concept of creative hubs travels and materialises in different contexts, and in exploring how ‘creative hubs’ may relate to ‘knowledge hubs’ or ‘innovation spaces’ – either as an idea or in concrete locations. Above all we hope the volume will start a critical conversation that interrogates the taken-for-grantedness of ‘creative hubs’. We have approached Palgrave who have expressed interest in considering such a volume.  If you are interested in contributing, please send an abstract to Rosalind.Gill.2@city.ac.uk  by November 13th 2015.  If accepted, final drafts of chapters will be needed by November 2016. Rosalind Gill Professor of Social and Cultural Analysis Room D610 School of Arts and Social Sciences City University London Northampton Square London EC1V 0HB rosalind.gill.2@city.ac.uk 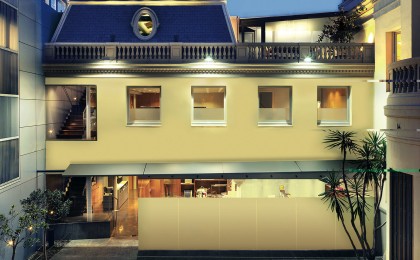 Posted: November 14, 2014 A workshop on Ambient Play: Digital creativity, play and labour in everyday life was held in collaboration with the Digital Ethnography Research Centre of RMIT University in Barcelona, Spain on June 20-21, 2015 END_OF_DOCUMENT_TOKEN_TO_BE_REPLACED